Vrients is home to natural materials such as wood and greenery, which ties together their modern yet organic aesthetic, for an eco- consciousness outfit. The online shop will offer Collections from High Fashion Designers.

Marcelo Burlon continues his travel to the future of streetwear, where everyone aims to get a milestone in the sportswear history, he answers with a mix and match style, clearly in contrast with everyone else.

“Visually, they look super wrong, the way they combine clothes, such as mixing animal prints with sportswear, but for us, it’s super right,” said the designer backstage, “It started with this idea of an amusement park that has been abandoned—there’s a spookiness”.

We love the Yohji Yamamoto Collection 2019

“I never followed the rules of fashion. I always found short cuts, and paths that I created especially for myself. I wanted to oppose the system of trends and propose something new. When everyone says that something is beautiful, I don’t like it.”

Born into wartime Tokyo in 1943, he first studied law at the prestigious Keio University, but opted instead to go to work for his mother, a dressmaker who had a shop in in Kabukicho, an amusement and entertainment district in Tokyo’s Shinjuku.

Yamamoto realised, “I didn’t want to join the ordinary society,” he says. “So I told my mother after graduation…I want to help you.”

At her request, he also enrolled at Bunka Fashion College, now famous for training designers including Kenzo Takada, Junya Watanabe and Yamamoto himself.

The early days of Yamamoto’s career were not easy. After graduating from Bunka, he received a prize to go to Paris for a year. When the designer arrived in Paris, he found the era of haute couture — what he had studied — going to close its doors to new designers. “Saint Laurent had just started ready-to-wear,” he remembers. “The haute couture time was going to finish and a new movement of ready-to-wear had started.”

Disappointed by this change in fashion industry and after repeatedly failing to persuade fashion magazines to feature his designs, Yamamoto grew dejected, stopping drawing and starting drinking and gambling instead. “I thought, ‘I have no talent’”and after this short period of insecurity and depression, the newly born designer realised he needed to leave before destroying himself, so he returned to his hometown, Tokyo.

In 1972, finding his lost courage, he marketed his new designs under the label Y’s. In 1977, he presented his Y’s collection for the first time in Tokyo, but it’s nine years later that Yohji Yamamoto emerged on the international fashion scene. In 1981 he brought his revolutionary design sensibility to Paris from Tokyo, setting off what would become an aesthetic earthquake. Since then, the designer has become renowned for his avant-garde tailoring, featuring over-sized silhouettes and a restricted, dark and almost black palette.

Yamamoto has always described his relationship with fashion as one built around a kind of tension that’s noticeable in his clothes, where freedom of ideas and new designs and restrictions such as commerce rules, reactions, and deadlines, are in a constant tug-of-war. Since then, Yamamoto developed a dedicated global following, and today his two main lines Yohji Yamamoto and Y’s are stocked in high-end department stores around the world.

Looking at today’s fashion industry, Yamamoto says design has become too mainstream, worried with making money and selling accessories, rather than collections. “Clothing designers are decreasing,” he says. “The new generation does not have time to breathe. They should stop watching their screens. They think about the world through their computers, but they do not know. For me there is no fight. I never found someone at my level. I have no rival. In any case, not yet.”

For the young designers just starting out and searching for their own signature, Yamamoto urges them to forgot computers and Internet. “If you want to create something you need real excitement and emotion, not superficial vision,” he says. Online, they can fall into the expansive digital vortex of images and quickly lose themselves.

“Do you ever plan to stop one day? I can not imagine myself retired. It must be so boring. I also think it’s hard to imagine my brand without me. I think Yohji Yamamoto will die with Yohji Yamamoto.” 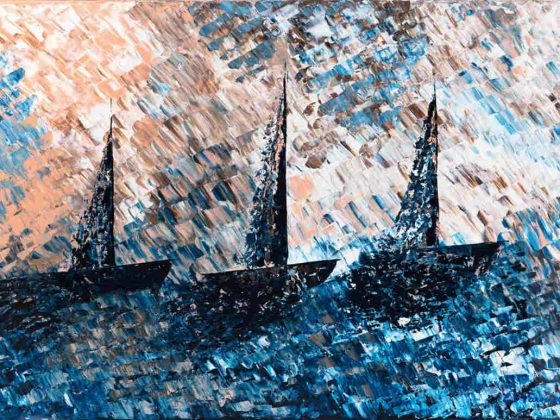 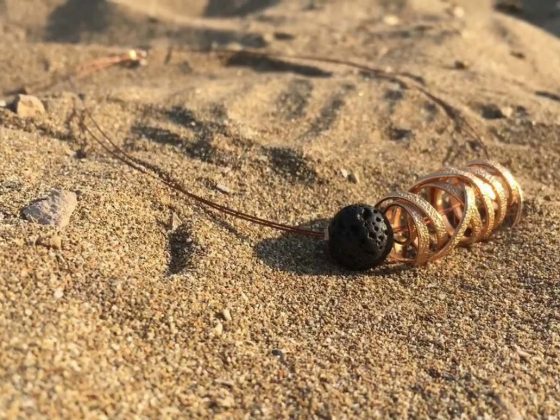