A code for life.  A call to action.

Dan Lenard of the renowned yacht design firm Nuvolari – Lenard did embarked on a daring adventure and performed successfully: a transatlantic crossing departing on 20th January from Cadiz, Spain and arriving at the Miami Boat Show on the 14th February. Like the hero of Homer’s “Odyssey”, these modern-day Ulysses throw themselves into adventure, not afraid of the unknown and of the possible obstacles, following their dreams and ambitions.

Dan’s true challenge on this journey has been the fact that he was alone on his 33-foot-long sailboat, bare of all equipment such as engine, electronics, GPS, log, compass or autopilot.  This has been a voyage with a mission. The intention was to use this purity of sailing to highlight the plight of the seas.

Dan Lenard
Dan Lenard and Carlo Nuvolari founded Nuvolari – Lenard in 1992. The Italian company specializes in the naval architecture, exterior and interior design of private yachts. Based near Venice, the studio has created some of the world’s most acclaimed superyachts, winning every major award and becoming both prolific and highly sought-after.

Now 50, Dan has been sailing all his life. Starting out on a Flying Junior he moved up to Laser Class and at just 19 designed his own 50-foot sailing yacht. In 25 years, Nuvolari-Lenard has designed over 350 yachts including “Spirit of the C’s” a 64 metre Perini Navi ketch and the astonishing 106 metre Oceanco “Black Pearl”.

The SCIA
SCIA (which means wake in Italian), is a 33 ft sloop with a 2 foot bowsprit. Far from a new yacht, it was assembled using recycled parts from five different boats.

Over ten years old, both the hull and deck are made of carbon fibre. The deckhouse was rebuilt but the rudder and keel were recycled with the mast rescued from an old abandoned sloop.With the help and enthusiasm of friends at the Prelog shipyard, Dan and his artisan team sourced and assembled all of the pieces like a jig-saw cutting, gluing and hand building the boat as a labour of love and without so much as a single design sheet. The intention from the outset was to create a ‘pure’ sailing yacht to accomplish the objective of crossing the Atlantic as a beacon to the yacht industry.

SCIA is equipped with a tracker/beacon that will signal Dan’s position every hour throughout the voyage. While Dan couldn’t chart his progress via this device, his audience could. The shore team updated the project’s social media sites and the website displayed his progress from data received via the beacon. From 20th of January until around the 5th February, Dan had been out of contact with the world, until he reaches the Carribeans.

A voyage with a mission, a call to awareness, an adventure for the free-spirited

Awareness for Sea Pollution
Sailing is a 5000-year-old invention that mankind can be proud of. It is one of the ways by which the human race has discovered the earth. Now, any voyage bears witness to how badly polluted the seas and coastlines have become.

Sometimes it is not obvious at the superluxury end of the travel spectrum where meticulously cleaned beaches are maintained by an army of service providers. But out of the glare of high end expectation the situation is desperate. Plastic is not the only culprit. And plastic doesn’t exist anywhere without being discarded by the human race.

The Mission
SCIA is equipped with a tracker/beacon that will signal Dan’s position every hour throughout the voyage. While Dan can’t chart his progress via this device, his audience can. The shore team will update the project’s social media sites and the website will display his progress from data received via the beacon. From 20th of January until around the 5th February, Dan will be out of contact with the world.

When he reaches the signal-giving vicinity of the Caribbean he will send out a greeting and new media material made both during his crossing and on his arrival. From then on, until he sails into the Miami Boat Show, he will be able to communicate. The Vela-Code mission had set up two accounts, Instagram @vela.code and a Facebook page, Vela-page. The website provides additional background and up to date information with new photographs from the European and Caribbean sides of the operations.

Cook for your LIFE
Healthy cooking for people touched by cancer
Since 2007, Cook for your LIFE has provided in-person and online healthy cooking classes in English and in Spanish free of charge. Our mission is to teach the wider cancer community of patients, caregivers, and survivors how to live better, healthier lives through providing 101 education about healthy food, and by teaching the basic cooking skills needed to succeed in improving diet for better overall health outcomes.
https://www.cookforyourlife.org/

Water Revolution Foundation
Driving Sustainability in the Superyacht Industry
Water Revolution Foundation has a single aim is to neutralise the footprint of the yachting industry and preserve the world’s precious oceans. The Foundation was recently established by leaders of the superyacht industry who recognised the urgent need to accelerate the shift towards a more sustainable industry. As well as futureproofing the superyacht industry for the next generation, the founders understand our obligation to look after the world’s precious oceans, the crucial natural resource that yachting relies upon.

The following activities by the Water Revolution Foundation will make a significant impact and will deliver true value to the superyacht industry and its natural environment:

Ulysse Nardin
Ulysse Nardin is proud to endorse a new “Ulysses” in his transatlantic crossing. Dan Lenard, co-founder of the renowned Italian yacht design firm Nuvolari-Lenard, has embarked on a journey aiming at raising awareness about the oceans’ worsening situation.

Ulysse Nardin has a new “Ulysses” onboard. Dan Lenard, co-founder of the renowned Italian yacht design firm Nuvolari-Lenard, is embarking on a daring adventure: a transatlantic crossing departing on January 20th from Cadiz, Spain and arriving at the Miami Boat Show around February 14th where the brand will also be present as one of the main sponsors. Dan’s company specializes in the design of yachts for both private clients and shipyards. Based near Venice, the studio has created some of the world’s most acclaimed superyachts, winning every major award and becoming both prolific and highly sought-after.

The aim of his odyssey is to raise awareness about the plight of the seas. Dan Lenard chose sailing, a 5000-year-old invention, because it is one of the means that were used by humans to explore the Earth. Today, his voyage is bearing witness to how polluted the seas and coastlines have become. Ulysse Nardin is proud to endorse Dan Lenard’s mission, which he has called “Vela-Code”. For this new Ulysses, it is a “distress signal on behalf of the ocean”, because we need to reset how we treat our environment. We need focused initiatives, for both prevention and cure: prevention, through intelligent design of yachts and through education to highlight activities and behaviours that cause damage; cure, by taking responsibility for what we have done and devoting resources to repair the damage.

For Patrick Pruniaux, Ulysse Nardin’s CEO, “our Manufacture’s heritage has strong ties with the ocean. Being a part of this adventure is relevant to Ulysse Nardin’s values and history.”

Dan Lenard joins the Ulysse Nardin Armada of Explorers formed by free-diver and photographer Fred Buyle, sailors Sébastien Destremau and Romain Pilliard, snowboarder and surfer Mathieu Crépel and kite-surfing champion Alex Caizergues. Like the hero of Homer’s “Odyssey”, these modern-day Ulysses throw themselves into adventure, not afraid of the unknown and of the possible obstacles, following their dreams and ambitions.

Dan on this journey was alone on his 33-foot-long sailboat, bare of all equipment such as engine, electronics, GPS, log, compass or autopilot.

Dan’s only gear was the watch on his wrist, a Ulysse Nardin Diver Chronometer Great White, to accompany him along this solo mission. https://www.ulysse-nardin.com/news/new-ulysses-sake-seas 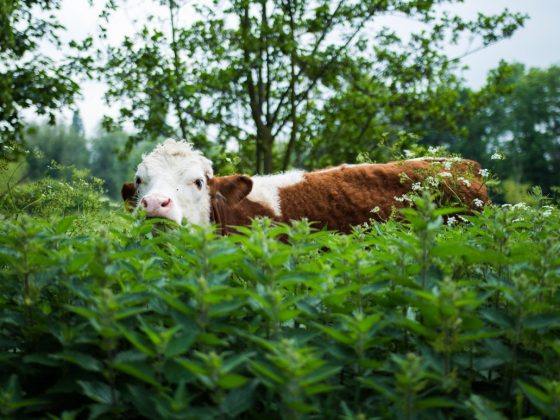 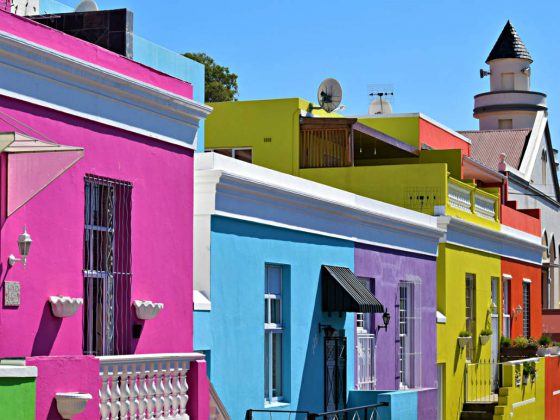 Why houses are painted in pop colours