Win the combat with air pollution

by covering urban areas completely in trees and plants. All projects presented by the Italian pioneer architect Stefano Boeri unveil masterplans with green urban ecosystems, where nature and city are acting as one organism, through a modern architecture introducing vertical gardens, forested blocks, forested skyscrapers or entire cities.
Stefano Boeri has been the creator, director and curator of Architecture magazines and Architecture Exhibitions, interacting with the media and calling every party to implement in its sector by promoting a green sustainable living. The vision and statement of the studio Stefano Boeri Architetti is always vegetation as an essential element of architecture.

Biodiversity
Envisioning of biodiversity in architecture Boeri worked on the development of the Urban forest and presented his project of Forest City in the United Nations Climate Change Conference (COP21), becoming one of the main actors in the debate on climate change in the field of international architecture.

Indicative Projects by Stefano Boeri Architetti
Stefano Boeri Architetti’s studio, presents in time a vast work range, by envisioning and bringing to life several projects up to now. Waterfronts, (such as Naples, Trieste, Genoa, La Maddalena, Doha, Marseilles and Thessaloniki, with a constant focus on the geopolitical and environmental implications of urban phenomena), reconstructions of city blocks with innovative striking design, sustainable residential buildings with facades covered with greenery to create vertical forests and succeed a metropolitan reforestation.

Highlighted projects have been the Forest City Liuzhou in China and the Smart Forest City and the Cancun Green city intended to be built on a land near the Mexican city (according to the architect it will contain 7.5 million plants, including numerous species of trees, shrubs and bushes chosen by botanist and landscape architect Laura Gatti).

nature and city are acting as one organism

Forest city Liuzhou in China
One of the utmost admirable projects by Stefano Boeri Architetti has been the first Forest city, Liuzhou in China, situated at the overpopulated and smog affected  but beautiful Guangxi, when commissioned by the Municipality of Liuzhou. (The project extended the successful experimentation already underway for the first time in Milan with the Vertical Forest building-prototype, proposing and developing a model of architecture and habitat capable of interpreting the theme of biodiversity on an urban scale and redefining the relationship between humans and other living species).

After several decades of blistering economic growth, China has realized the damage on the environment and begun to pursue a greener path forward. China’s reforestation efforts are paying off, with improved biodiversity and a healthier economic growth model achieved. In addition to hosting about 30,000 inhabitants, the new city provides a comfortable living environment for plants and trees on all buildings: in all, the Liuzhou Forest City will host about 40,000 trees and 1 million plants from more than 100 different species.

The new urban organism designed and developed for the Chinese city of Liuzhou by Stefano Boeri Architetti  works already like a large sustainable machine, able to absorb about 10,000 tons of CO2 and 57 tons of micro-particles every year, producing about 900 tons of oxygen at the same time thereby combating the serious problem of air pollution in an effective and in depth way thanks to the multiplication of urban draining and plant surfaces.

The distribution of plants not just along the avenues in parks and gardens but also on the facades of buildings means that a city already designed to be self-sufficient in terms of energy will also be able to improve air quality, reduce the average temperature of the urban heat island, generate a barrier against accoustic pollution and increase the biodiversity of living species through the generation of a rich ecosystem of living spaces for birds, insects and small animals that already inhabit the territory surrounding Liuzhou.

In addition, in terms of an inhabited settlement, the new Liuzhou Forest City has been conceived and developed as a real “porous model”: an urban organism that is sensitive and attentive to the specific qualities and values ​​of the environment. This design approach develops naturally starting from the layout designed to integrate harmoniously with the geography of the surrounding mountains, follow their morphology and incorporate the particular qualities of the local landscape. This approach also corresponds to a careful study of the technological, infrastructural and distribution characteristics of the large urban complex.

Completely connected, the new green city is linked to the nearby centre of Liuzhou through a highly efficient fast railway infrastructure and a road network reserved exclusively for electrically-powered cars. The Liuzhou Forest City is intended to house different types of residential areas and a full range of facilities, combining commercial and hospitality spaces and various public services including two schools and a hospital.

The master plan developed by Stefano Boeri Architetti has envisaged a green city with all the characteristics of an urban settlement that is fully self-sufficient from an energy consumption point of view, starting with the use of geothermal energy for the interior spaces of buildings and the rooftop installation of high efficiency solar panels for the capture of renewable wind energy. Thanks to this integrated approach, for the first time in the world an urban area will be able to combine meeting the challenge of substantially reducing air pollution – a crucial and unavoidable theme for big cities not just in China, but also elsewhere – with the application of large scale solutions for renewable energy and self-sufficiency. In this way, the Liuzhou Forest City project continues and extends the research carried out by Stefano Boeri Architetti towards a new Biodiversity Season, i.e. the development of a new generation of urban architecture and cities capable of meeting the problematic challenge of climate change in a radical manner while presenting themselves as project models for the future of the planet.

Recent researchers from the Beijing Normal University documented the presence of several rare animal species in the Ziwuling Forest Area in Yan’an, northwest China’s Shaanxi Province. Sightings of the animals, including leopards, the golden pheasant and roe deer, which once disappeared from the region, caught on tape. Dense forests have also become a great source of revenue for locals, like Saihanba, a vast man-made forest covering about 93,000 hectares in north China’s Hebei Province, 400 km north of Beijing, is a case in point. Over the years, Saihanba Forest Farm has developed in a sustainable way, with economic growth relying on tourism, tree planting, wind power generation and logging. The greening sectors bring in over 89.55 million U.S. dollars annually, outweighing the revenue from logging operations in the past, data show.

Forest parks are now popular attractions of tourism in the country. Last year, tourists made 1.6 billion trips to forest parks across the country, and forest-themed tourism has become a third pillar of the forestry industry, said Cheng Hong, a senior official with the National Forestry and Grassland Administration.

A great model for dry soil countries with cemented urban areas to consider redesigning. Stefano Boeri is an inspiration offering sustainability in Architecture and urban lifestyle, to both the State and the public. 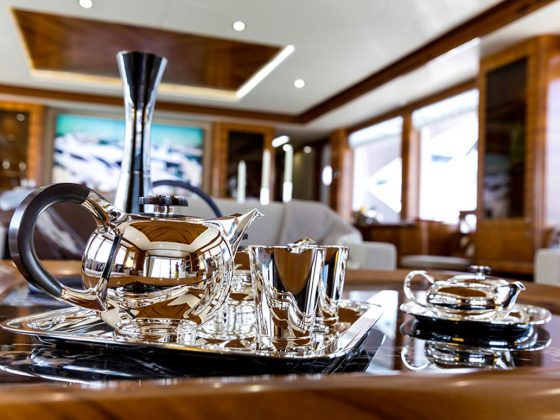 This website uses cookies to improve your experience while you navigate through the website. Out of these, the cookies that are categorized as necessary are stored on your browser as they are essential for the working of basic functionalities of the website. We also use third-party cookies that help us analyze and understand how you use this website. These cookies will be stored in your browser only with your consent. You also have the option to opt-out of these cookies. But opting out of some of these cookies may affect your browsing experience.
Necessary Always Enabled
Necessary cookies are absolutely essential for the website to function properly. This category only includes cookies that ensures basic functionalities and security features of the website. These cookies do not store any personal information.
Non-necessary
Any cookies that may not be particularly necessary for the website to function and is used specifically to collect user personal data via analytics, ads, other embedded contents are termed as non-necessary cookies. It is mandatory to procure user consent prior to running these cookies on your website.
SAVE & ACCEPT
Total
7
Share
7
0
0
0
0
0