At first it was the concept of a B2G (Government) project suggesting a software design for this cyber platform, the CYBBU – Cyber Business Platform; launching eventually projects through prestigious regional technology hubs, as an online digital laboratory connecting academics, entrepreneurs and companies with expertise in innovative technologies and solutions and development and planning governmental agencies and departments. As the world moves towards promoting peaceful coexistence, incorporating environment friendly technologies and finding new solutions to our mutual problems, the need to bring together people and ideas is as high as ever. My vision was to position the platform as a premium space where these demands and ideas meet and transform into successful partnerships.

At that moment I needed a teaser to intrigue investors confront an actual problem devaluating real estate, the sandstorm, by sharing a concept for a protective umbrella net of Masdar City.

My patented afterwards concept had been a protective umbrella like a half dome unfolding in a form of net to consist of synthetic silk and a complex of light scales like the fish scales blocking the sand… But let’s go back in time to remember of the visionary people drawing the domes before their time.

In the times of early urban civilization where people and cities were adopting modernity, town plans and how the future was to be designed to lead a disciplined lifestyle were of high interest. Architects and engineers were focused on creating and designing roads, buildings, and markets. Along with this arose the concept of domes around small areas and even entire cities. Domes were foreseen by older generation architects and had come up with a plethora of functional designs that could be adopted but this was of that time when the population, technology, and requirements would sustain in the previously designed functional domes. Today, Modern cities have kept the dome concept alive and adopted this type of architecture and modernized it with rounded glass surfaces. Futurists, scientists with the necessity of science consider domes as an important aspect of living in other planets as migration to other planets in space might be our future.

How Domes were foreseen by the architects of the past? As we look back in History, many futurists and architects back then were working on building domes for a number of reasons of which contradicting pollution and maintaining a standard were the main agenda. During the 1920s, Grays Cigarettes delivered a progression of “expectations,” investigating London 500 years later on. High rises far taller than any of the periods are connected by “moving pathways” under immense vaults. “Suspended mono railroads” supply transportation joins, as do vehicles controlled by nuclear vitality moving at 50 to 200 mph on elastic streets. Little, interesting subtleties flourish, similar to a landmark extending over the city.

Other projects suggested climate evidence arches, a well-known topic when portraying the urban areas of things to come, likewise appear in Arthur Radebaugh’s “Closer Than We Think” funny cartoons. Nuclear fueled urban communities under the ice tops, air-controlled glass-domed urban areas with moving walkways, and Megalopolis, a domed strip city that could possibly run among Boston and Washington, DC.

Another design suggested on the off chance that urban communities could go underground and so could streets, with levels for moderate traffic, quick traffic, and electric trains. The road level is sans vehicle, spared solely for the utilization of people on foot.
During the 1920s, the United States was getting a charge out of a time of financial success –  and in the age of the high rise, the structure business was blasting. Draftsmen looked to make urban communities appropriate for the necessities of the twentieth century, which lead to visionary structure and thoughts for radical urban change. Plans to upgrade downtown Los Angeles and New York’s Lower East Side joined pragmatic arranging with the cutting edge tropes present in magazines and publicizing: transcending structures, depressing streets, multi-layered walkways, housetop helipads, and flying machine runways.

Regardless of whether thoughts like the first arrangement for EPCOT or “An Imaginary Metropolis” are plausible, it might be superfluous. Rather, they offer us a fantastical mirror – puts liberated from this present reality issues our urban communities face, similar to lack of common sense, uncontrolled spread, and social imbalance. They offer a perfect to make progress toward, and in any event, they are an affection letter to the possibility of the city – and a significant number of them we would now be able to possess, if just in fiction, movies, and PC games. Spaces where – unencumbered by the substances of cash and organization – the Metropolis of Tomorrow can flourish.

Domes in modern times or probably the future: In modern times, when architecture and technology have been so advanced, what would a dome around a city might be like? Imagine a half dome that would resemble or act as an umbrella builds with the light material.

What if the material had a texture and functioning like that of the scales of fish? These fish scales would open and close pushing the polluted air out and allow the fresh air and rain to get in. Well, not the actual fish scales would be used but the design and concept are somewhat derived from the arrangement of the scales on the fish or basically the scales of a fish. Here is an image that would give a basic idea of what the design of the dome would look like.

These domes along with being a protective layer would be functional enough similar to a greenhouse. Keeping the atmosphere rich and healthy and the air trapped in the dome could be controlled by letting the polluted air out. In cases of rain, the scales could be opened like little windows that would act as ventilation. The desert dust would still carry useful ingredients to the ocean however surpassing the domed city.

This could be the future where global warming might not prove to be a threat to the urban civilizations and would lead to a better and healthy future both for the current and future generations. What more lies in the future can only be witnessed when the time comes.

Abu Dhabi has been the ingenious city in the globe to integrate in the most intelligent projects in sustainability. Stretching far and out it is the time for a new sustainable well protected world, a project to communicate with more countries by baptizing every dome city under its names and standards. 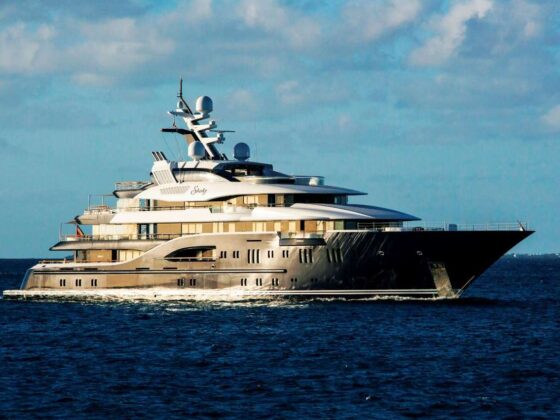 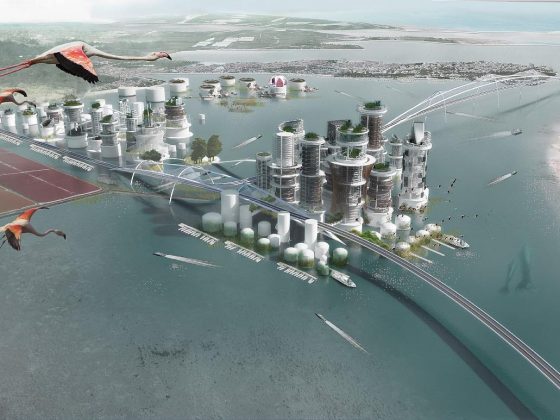 Jacques Rougerie an Architect from the future

This website uses cookies to improve your experience while you navigate through the website. Out of these, the cookies that are categorized as necessary are stored on your browser as they are essential for the working of basic functionalities of the website. We also use third-party cookies that help us analyze and understand how you use this website. These cookies will be stored in your browser only with your consent. You also have the option to opt-out of these cookies. But opting out of some of these cookies may affect your browsing experience.
Necessary Always Enabled
Necessary cookies are absolutely essential for the website to function properly. This category only includes cookies that ensures basic functionalities and security features of the website. These cookies do not store any personal information.
Non-necessary
Any cookies that may not be particularly necessary for the website to function and is used specifically to collect user personal data via analytics, ads, other embedded contents are termed as non-necessary cookies. It is mandatory to procure user consent prior to running these cookies on your website.
SAVE & ACCEPT
Total
4
Share
3
1
0
0
0
0