A natural port could make Greece escape from the forever crisis.

Greece is a gold mine of natural sources for green energy and infrastructure, capable to feed the next generations. As an example, take a look at the west side of Crete island whereas the three seas meet, and form permanent swell, enough to empower generators operating with the power of the sea.  Harnessing from the power of seas and oceans is the future.

For the time being, we center around a specific plan which can assist Greece with overcoming its monetary emergency. By having experienced the distressing experience of joblessness, my mindfulness emerged through focusing on point of view for the following ages to guarantee openings for work.

Greece has a populace of 11M natives roughly. Athens is the capital and biggest city of Greece, an ancient historical city, in which, as indicated by socioeconomics at around 3.75 million live in the metropolitan area. Obviously is simpler to offer comforts to its citizens within the surroundings of Athens, than moving in other Greek districts.

What could offer occupations to 33% of the Greek populace?

A geophysical naturally shaped port which can host airport and become additional hub or fueling station of Cosco, or even a second commercial port. Charter would be reduced in terms of time at almost one day by making a beeline to Makorinisos instead of Piraeus port, and time means the money in shipping. Cosco would have nothing to lose or compete, as the decongestion by separating operations in two locations would strengthen its presence and commerciality.

In a modern era, with current shipping projects focusing on cohesion in the current European transport infrastructure, a new i.e. LNG center point may totally satisfty one of the fundamental targets in shipping

10 years challenge: Ten years ago when I attempted to convey the subject up to certain government officials. I was told hat researches may outperform issue of the profound waters not permit construction of bridges between two terrains, Makronisos and Lavrio. Digging further I came across with the extensive project presented by Constantinos Doxiadis, an Architect Engineer born in 1913 and took part in the Greek resistance and was decorated by the Greek and British governments. This is the only reason daring to share the project for Makronisos isle.

Constantinos Doxiadis, a Greek Architect and town planner, distinguished himself as Minister of Reconstruction at the end of the war and founded Doxiadis Associates company in the 50s, expanding offices globally and performing projects in over 30 countries. He became known as the lead architect of Islamabad, the new capital of Pakistan in the 1960s.

In the Kingdom of Saudi Arabia reoriented the city facing Mecca. Awarded for creative and innovative concepts was rather a father of urban sustainability in his era, by proposing ‘Ekistics’, a futuristic at that time urban pattern sourcing experience from the archaeological and historical past cities.

Amongst studies and books authored by Doxiadis, remarkable is this for the Great Lakes Megalopolis suggested through US Congress. Doxiadis vision for the Great Lakes region was for the construction of the largest economic unit in the world with a gross regional product roughly equal to that of Japan. The five Great Lakes contain one-fifth of the world’s surface fresh water and have a combined shoreline of 10,210 miles. About 200 million tons of cargo is shipped by way of the Great Lakes each year through land and marine corridor transportations.

An intellectual urban planner, illustrated at the front cover of Time Magazine for his great vision on American metropolises, was utmost ignored in Greece.

Beyond large contracts could have brought, his principle vision was for the Island of Shame, Makronisos – called like this as political prisoners were held there, to build a bridge, a rail link, and ports both on Makronisos and opposite land of Lavrion.

Constantinos Doxiadis report is saved in the National Library of Greece. The full report should come in the hands of competent engineers and visionary politicians to reconsider the vision of a great man.

Makronisos was called Helena in antiquity; as they say, Beautiful Helen of Troy, wife of Menelaus was first sheltered in this island with Paris before heading to Troy. The current name of the island means long island due to its shape and length of approximately 12km. During the Greek Civil War and until the restoration of Democracy after the Greek Junta, the island was a prison camp. This is why we call it the Isle of Shame.

Standing silent in time, the island can be transformed thanks to visionary people to a new hub, in benefit of a shipping fund, ideally comprising of organizations bolstered by Governments of Russia, China, and Saudi Arabia. Would you be able to consider life this port could provide for the residents of Athens? The open doors offered to confront joblessness?

Greece should shape a strategic alliance ideally with China, Russia, and Saudi Arabia with a speculation center point for Makronisos change to a task bolstering and feeding the population of Athens.

Regardless of if crisis and loans would prevail in our economic condition, regardless of political decisions, the Greeks would cater for their families in endlessness.

In addition, if there should arise an occurrence of a war danger by any neighbor (again on account of politicians’ directions, as individuals in all countries do for sure cherish one another and live in harmony, peace, and sympathy), at that point this port would be the barrier procedure, as Investors would protect their interests by securing Greece.

There are several ways for sins to be washed away, through activities which may take into account individuals’ needs in Greece. Uninhabited as Monument of War, the Isle of disgrace can turn into the Isle of Peace.

In memory of Constantinos Apostolou Doxiadis 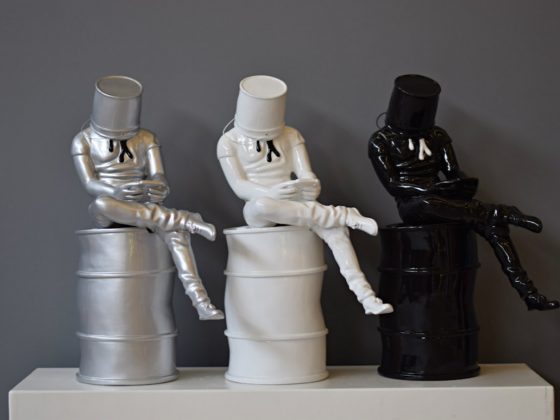