Worry beads we call it kombolói in Greek is a string of beads manipulated with one or two hands and used to enjoy time in Greek and Cypriot culture and have no religious or ceremonial purpose.It is the prayer beads used in religions to say a prayer in every knot.

Komboloi is used for relaxation, enjoyment, and used by people who wish to limit smoking. In the past it used to be a social symbol of prestige, especially if made by silver or amber.

We recall Aristotle Onassis one of them. They say that komboloi beads must be in odd number to bring good luck.

My fav shop downtown in Athens is Kombologadiko. You will find books with the history of komboloi (worry beads) but here is a glimpse from the website:

The standard number of beads of a komboloi is 33 which some people believe signifies the number of years Jesus lived on earth.  There is also a version which says that komboloi originates in the Muslim tradition with prayer beads originally numbered 99. Mohamed is said to have commended the faithful to hold 99 beads in order to assist them in recalling the 99 names or attributes of Allah. This string was called a Masbaha, meaning ‘to recite prayers’. By way of abbreviation, the number 99 was divided by 3, so that the standard string now comprises 33 beads. This number has prevailed for practical reasons and thus each larger bead ‘counts’ for three of Allah’s attributes.

As the komboloi evolved during the years of Turkish occupation, the number 33 was no longer observed and the Greeks reduced the number of beads to 23. It is believed that this change may have been a reaction against Ottoman control thus embodying a symbolic form of resistance. No one is certain what prompted this change, but we may be confident that, for the Greeks, the beads of the komboloi did not signify the names of Allah. Moreover the Muslim Masbaha’s beads are tightly strung together and are stationary. In its Greek manifestation, several of the beads have been removed to permit them to flow freely and thus allow for the enjoyment of their delicate play and subtle music.

Komboloi beads should be strung on a cord, preferably made of silk. Today it is common to find beads on metal chains, but enthusiasts believe this is merely a passing trend. Chains are considered categorically unorthodox as it deprives the komboloi of its traditional authenticity and has the added disadvantage of wearing the beads away by ‘filing’ them down with use.

The founda is the tassel tied to the end of the string behind the papas. Devotees believe that much of a komboloi’s charm is in its founda. The simple tassel is soft and silky and plays an important role as a stress reliever. Although it is a simple embellishment, it is impossible to think of the traditional komboloi without it. In bygone days the founda was rich and dense. The work of the tassel maker was so revered that it was considered not merely a profession, but an art form in its own right. Stroking the founda evokes a sweet serenity in the depths of your heart.

Today, however, it is common to find modern komboloi without the founda. It seems younger generations consider it old-fashioned while ‘traditionalists’ believe that a komboloi without a founda is shamefully incomplete and disfigured. The so called koutsavakides2 were partly responsible for the disappearance of the founda as silk was expensive. They also began omitting the larger, costlier papas and reduced the number of beads to 17.

It seems humankind has used beads since prehistoric times. Early civilizations believed they were a charm against enemies, or illness, or even the capricious catastrophes of nature. Evidence of their early use can be found in the bead-laden masks of the indigenous peoples of Mali, Congo and Cameroon. Here the humble ‘perforated spheres’ were seen as having supernatural powers.

Charm or adornment, science or superstition, through the ages beads have been used for religious, aesthetic and practical purposes.

When we are feeling anxious or lonely, nothing soothes the soul more than touch for, more than any of the other senses, it is capable of bringing the most comfort and consolation. With a soft caress, a firm squeeze of the hand, or a warm embrace, we find the affection, companionship, and refuge we seek.

The komboloi has a reassuring feel… a tangible, encouraging presence. At times when we are worried or confused, or when we are plagued by vexing thoughts that make us irritable, it can put our minds at ease. Although devotees have made many laudable claims about the komboloi, it is not an exaggeration to say that it has a calming effect that provides balm for the spirit in distressing times.

Moreover, in accord with acupuncture principles, it is also alleged that handling the beads stimulates areas of the fingertips which induce well-being.

Thus, even beyond its psychological benefits, the komboloi offers a palpable sense of serenity as well. 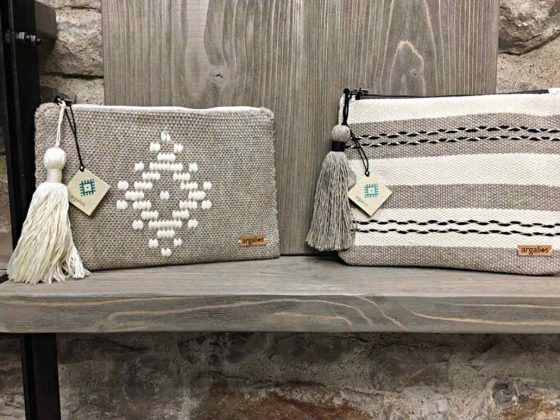 Argalios Traditional Clutches on the loom 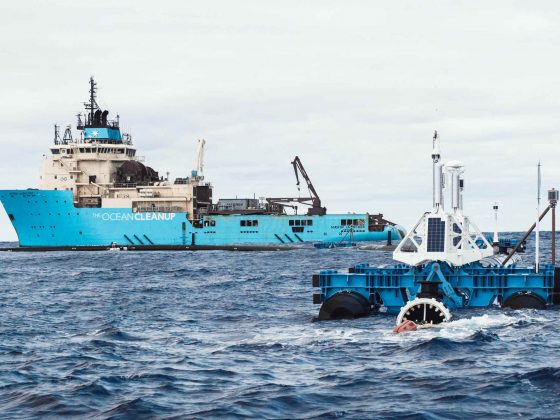 The largest ocean cleanup project in history in progress