Saudi Arabia will prove the globe Multiculturalism can exist in peace.

For centuries, Saudi Arabia has been the Mecca of pilgrimage and religious tourism for Muslims the followers of the Islam religion in particular. The responsibility to Islam and the doctrine is crucial. The Kingdom of Saudi Arabia has not been open to tourism until now for several reasons such as the protection of the nation from the westernization. But now we live in the era of metamorphosis with a fresh beautiful vision by the Government. Since the religion of Islam shares resemblances with that of Christianity, as both Abrahamic religions, Saudi Arabia considers to open its doors to conduct tourism and reveal the rare sites allegedly to be the ones mentioned in the biblical book of Exodus, according to some new Historians.

The most controversial historic site is Mount Sinai. Mount Sinai is where Moses received the 10 commandments and is believed to be located in Egypt. If you ask my opinion I believe the same. However, evidence that stated the location of the mountain to be in Egypt as we know, is challenged by some historians. According to this claim. It is mentioned in the Bible over 70 times that the people of Israel went from Egypt to Midian, modern-day Saudi Arabia. Many facts and evidence emerged at Midian, modern-day Saudi Arabia making the location of Mount Sinai doubtful to these historians. While this theory of Moses and the Israelites being in Saudi Arabia is relatively new to people of the outside world, it isn’t new to the locals there. Locals firmly believe in the existence of Moses and his people to be in Saudi Arabia.

The tradition that the mountain in Egypt’s Sinai Peninsula is Mount Sinai only dates back to the fourth century AD. While, new research based on the Jewish, Islamic and Christian sources indicates that there exists a tradition that is 600 years older than the 4th century, presending evidence that prior to 100 CE, well before the Christian monastic period, Jewish sages equated Jebel Musa with Mount Sinai (wikipedia). According to that tradition, the location of Mount Sinai is in North-west Saudi Arabia. Another tradition points to Jabal Maqla, a peak on the mountain range known as Jabal Al Lawz as the true mountain of Moses, locals refer to Jabal Maqla as Jabal Musa, the mountain of Moses in particular.

Are Saudis Ready to Accept a Multicultural Pilgrimage?
Saudi Arabia recently opened its doors to tourists by welcoming international tourism in festivities in Al Diriyah. We also viewed the second delegation of Christian evangelical leaders from America. All this is introducing a new comforable visa process. This delegation was hosted by Saudi Crown Prince Mohammed bin Salman in late 2018 and early 2019 as recorded by Fox News. This decision might serve as an answer to the question of whether the Saudis are willing to accept multicultural residents or create multicultural communities living in peace. If we think a bit more, we will wonder if would ever accept a multicultural pilgrimage even if and when Jabal Al Lawz operates a cultural or religious center. Don’t think of this as propaganda but religious tourism from other cultures has proven strong records for the Orthodox Christians.

It is fabulous that all countries with biblical or historical sites do accept multinational  tourism. The idea of an orthodox monastery in Saudi Arabia would be present to fulfil and satisfy the religious needs of the Christians and other doctrines as well. Whether people already living and working in the kingdom, or planning to relocate to the country or wish to visit Saudi Arabia for the sake of pilgrimage. Would that be acceptable by Saudi Arabia? This looks like a sci fiction for now, but the dilemma will have to be answered soon, if Saudi Arabia will adopt a model like Emirates, Egypt and other progressive countries in terms of religion too.

The atmosphere in Saudi Arabia is changing and the Government is working hard on developing the country for Western tourism without westernization of course. The new generation of Saudi Arabia is willing to accept multiculturalism with harmony and a warm welcome to visitors and new residents of the upcoming city of Neom, under the fresh breeze of words of Prince Mohammed bin Salman.

The Kingdom of Saudi Arabia could possibly benefit largely from these historical sites by being a location of a cultural center or even a holy pilgrimage to communities that have multiple cultures and traditions that share a resemblance. Building a monastery seems like inevidable but could give rise to the access of multiple cultures and could create an international pilgrimage uniting cultures in peace. Jerusalem is such a place that has served as a holy place for Jews, Christians, and Muslims equally. St.Katherine in Sinai Egypt the same.

Saudi Arabia could emerge as a haven and allow several cultures to live in peace and feel happy through the powerful force of peace, tourism, even if religious one, through a visit to the considered biblical sites. There might be a difference in the opinions and traditions for certain orthodox cultures but orthodoxy could be an ideal pilgrimage commercially in tourism, meaning Russians, Greeks, Serbians and from other countries of course.

The Kingdom of Saudi Arabia will prove the existence of multiculturalism through the acceptance of an Orthodox Monastery in the region to satisfy the needs of Jews and also that of Christianity and verify that multiculturalism can exist in peace even before the establishment of the city of NEOM.

The middle-east has been in controversy when multiculturalism is brought up and Saudi Arabia is not the only one. In the United Arab Emirates, Abu Dhabi, the capital of the seven emirates has a cultural hub, the ‘Abu Dhabi Cultural Society (Foundation)’, that has been promoting multicultural activities; not to forget the Christian churches. Saudi Arabia is not far from doing the same but can prove to be a better region for multiculturalism. The atmosphere in Saudi Arabia is changing and they are working hard on developing the country for Western tourism. The new generation of Saudi Arabia is willing to accept multiculturalism with harmony and a warm welcome to visitors and new residents of the upcoming city of Neom, under the fresh breeze of Prince Mohammed bin Salman.

The Kingdom of Saudi Arabia can benefit largely from these historical sites by being a location of holy pilgrimage to communities that have multiple cultures and traditions that share a resemblance. Building i.e. a monastery could give rise to the access of multiple cultures and could create an international pilgrimage uniting cultures in peace. Jerusalem is such a place that has served as a holy place for Jews, Christians, and Muslims equally. As a Greek I can tell you of my constant visits to Turkey and to Agia Sophia. Saudi Arabia will emerge as a destination for multiculturalism as an orthodox monastery can make the country a second Jerusalem in terms of multicultural and commercial pilgrimage.

Saudi Arabia could emerge as a haven and allow several cultures to live in peace and feel happy through the powerful force of peace, tourism, even if religious one, through a visit to the considered biblical sites.

How Does the History of Multiple Cultures Relate to the Historic Sites in Saudi Arabia?

Some views through a team of new historians introducing this version of history as Moses crossed the Red Sea to end in Sinai mountain of Saudi Arabia. Early Jewish, Christian and Bedouin traditions have long attested this site to be the real Mount Sinai. On the north-west side of the mountain is the Split Rock of Horeb — a massive stone several stories tall, split down the middle, with evidence of water erosion at its base. The Split Rock of Horeb in Saudi Arabia believed to be the rock that Moses struck from which water flowed out of for the Israelites. The town that has an ancient well, held to be where Moses met his wife Zipporah, daughter of Jethro, after fleeing Egypt. The ruins of Dedan, Wadi Tayyib – along the Red Sea coast – and Tayma all are evidence that justifies the true location of the Mount Sinai and its holiness to people belonging to different yet similar cultures.

The more you watch the documentaries, the hardest comes to deny the things that line up with the biblical story at Mount Sinai. There are a beach and path where the Red Sea crossing could have happened matching the biblical account. The historical location of Elim can also be seen and how the Israelites could have camped at Elim with its 12 wells and 70 palms. Along the way to Jabal Maqla, there is a split rock and an area suitable for camping. There is a mountain referred to as the mountain of Moses, with a large plain in front of it where millions of Israelites could have camped. You can see an altar of uncut stone at the foot of the mountain, where there is evidence of burnt sacrifices, right where it should be. You can see right where the cave of Elijah should have been. All of these little details have to fit.

Beyond the historic and biblical sites, the Kingdom intends on increasing international tourism with new museums and first-class hotels – and even a smart city in the northwest called Neom, set to be fully functional by 2025. We are living to live the future of the Kingdom in our days.

Regrettably my friends I don’t own photos from Saudi Arabia to inspire you best without copyright, so I do share photos of the beautiful Sinai in Egypt. 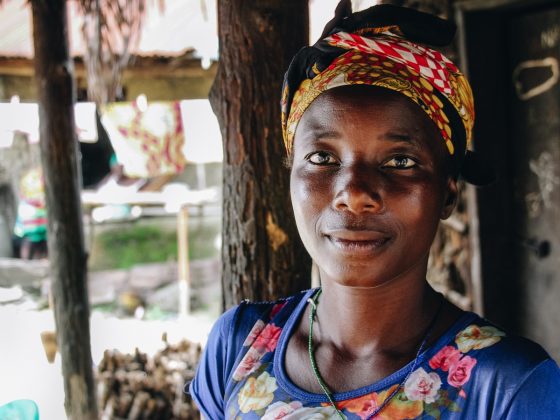 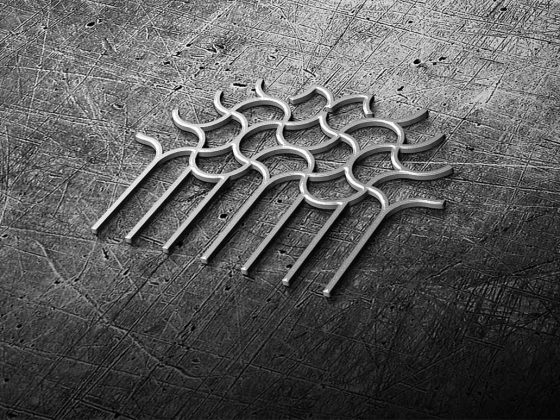 This website uses cookies to improve your experience while you navigate through the website. Out of these, the cookies that are categorized as necessary are stored on your browser as they are essential for the working of basic functionalities of the website. We also use third-party cookies that help us analyze and understand how you use this website. These cookies will be stored in your browser only with your consent. You also have the option to opt-out of these cookies. But opting out of some of these cookies may affect your browsing experience.
Necessary Always Enabled
Necessary cookies are absolutely essential for the website to function properly. This category only includes cookies that ensures basic functionalities and security features of the website. These cookies do not store any personal information.
Non-necessary
Any cookies that may not be particularly necessary for the website to function and is used specifically to collect user personal data via analytics, ads, other embedded contents are termed as non-necessary cookies. It is mandatory to procure user consent prior to running these cookies on your website.
SAVE & ACCEPT
Total
2
Share
1
1
0
0
0
0