A traditional and rare activity

Practiced by the ethnic Gurung community of Nepal, Honey hunting is so rare and unique that it still remains an isolated event carried out and observed only in a few, remote places of Nepal.

Ghalegaun, located northwest of Kathmandu, in Lamjung district, is one of the nearest destinations to watch honey hunting. Situated at an altitude of 2100m from sea level, the route to Ghalegaun offers the most spectacular views of Annapurna and Manaslu Himalayan ranges.

The hunting primarily involves extracting honey from massive bee hives nestled in cliffs, that to 200m tall in height, with the help of traditionally weaved rope.

To watch this feat performed by local honey experts will be a mesmerizing event of your honey hunting journey. The ropes are generally made out of bamboo, locally resourced from Niyalo and Choya. And locals carry this out only by reading the astrological calendar, on auspicious dates.

October/November and May/June are the best seasons to watch Honey Hunting. Ghalegaun also offers rare Gurung culture and tradition as part of the honey hunting program for tourists and visitors. Both lodges and home-stay facilities are available in this region.

Wild honey:  Wild honey from Apis Laboriosa, the Himalayan giant honey bee, has been gathered by Gurung people from cliffs in the Himalayan foothills of Nepal for centuries. Apis Laboriosa is the largest honeybee in the world, and is referred to as ‘Bheer-Mauri’ in Nepali, which directly translates into ‘cliff bee.’  It is crucial for pollinating wild flora and crops in the mountains.

The Gurung people across many parts of Nepal, especially the Kaski and Lamjung Districts, value their tradition of honey hunting as part of their lifestyle, and collect honey twice a year during the spring and autumn.

The honey they gather is prized due to both its medicinal properties and monetary worth.

Every year, during the start of the spring or autumn season, the local Shaman (priest or the elder of the tribe) of the area sets an auspicious date for harvesting honey.

Tuesday is considered a suitable day, while the 8th, 11th, 23rd, 26th, and 30th day of a moon cycle are not. Thereafter, preparation starts – mostly among the male members of the community. There is a honey hunter chosen, someone who will have been apprenticing with the older generation as has finally achieved the title of honey hunter. This time, 34-year-old Durga is the chosen one from the village of Probi in Lamjung District.

Conquering the cliffs:   Most of the hives are located on high, steep, and inaccessible cliffs that face south-west.

This is in order to have increased exposure to direct sunlight and to avoid predators such as honey buzzards. Unfortunately, this also makes work for Gurung tribesmen especially challenging; they hang on handmade bamboo rope ladders called ‘Prang,’ and use long sticks referred to as ‘tangos’ to collect the honey.

Before the hunt commences in the morning, around 10-12 male participants join the honey hunter to conduct a ceremony with rice, flowers, and incense below the cliff to ask permission from the cliff god and ensure safe passage up into the cliff and a successful mission.

A large cloud of smoke is then created by burning local plants that are collected from the area. The rising smoke from the bottom of the cliff drives hundreds of Apis Laboriosa out of their nests, while high above the ground the hunter silently clings to the rope ladder.

Once the bees are out of the nest, the hunter uses his tango (bamboo stick) to pierce the exposed honeycomb. Another stick is then used to carefully lower the honeycomb into a bamboo basket (kokro), which is then lowered to the ground below by the other participants.

This honey is then later shared with the community and is used for medicinal purposes. There is also increasing demand from the international market for this honey, which fetches the community monetary returns.

Adversity and hope:  The growing demand for cliff honey from the international market has led to a shift in ownership of the cliffs from local indigenous communities to the government, which has opened up honey hunting to non-community members.

There is a continued battle against the government by the locals to safeguard their age-old tradition, which is highly valued by the Gurung tribe. However, there is also disinterest among younger members of the community to learn the skills of this tradition, posing another major challenge; most young male members of the community are now leaving their villages to find jobs in the cities.

As the battle within the generation to continue this knowledge persists, the threat from the government to commercialize honey hunting also disenfranchises the community from their own practices.  But despite these continuing challenges, there is room optimism.

Young people such as Durga are inspiring the next generation to contest the changing culture and work in a way that could benefit the community by continuing their traditions, whilst also preserving the bees that ultimately help pollinate high altitude crops and ensure the maintenance of plant biodiversity.

inspiring the next generation to contest the changing culture

Sources / part of the blog by Prabighya Basnet and David Smith, Environmental Activists and Co-founders of Khali Khutta and Three Trees Permaculture Farm. Khali Khutta produces natural products handmade in Nepal to support sustainable development and the continuation of local traditions, and uses the beeswax gathered by honey hunters to make lip balm. For more information on the organization and its products, please visit www.khalikhutta.com
Another Image source from Boredpanda – author Dovas:  https://www.boredpanda.com/honey-hunters-nepal-andrew-newey/?utm_source=google&utm_medium=organic&utm_campaign=organic 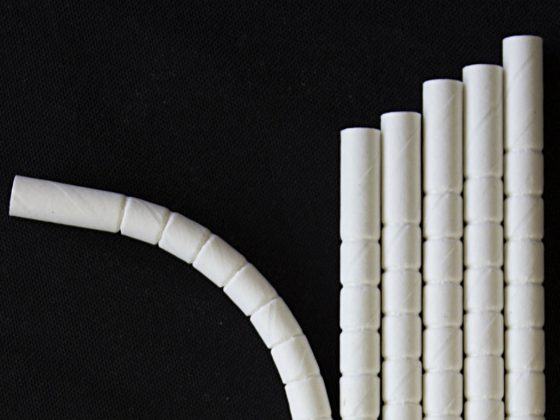 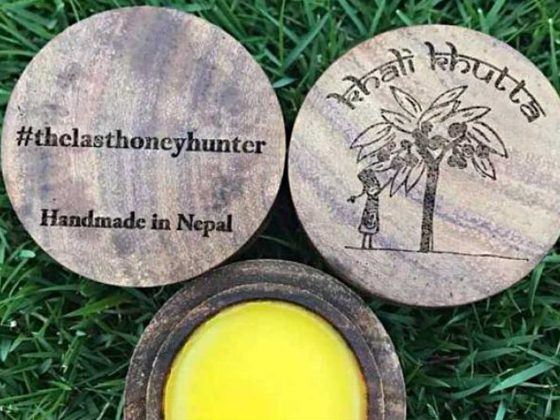